« Back to Rio de Janeiro 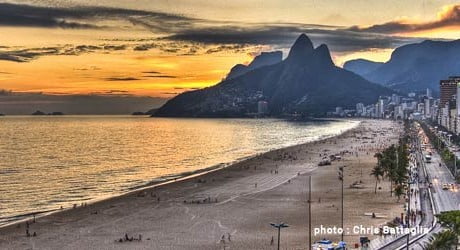 Although Copacabana has the fame, Ipanema has the magic.   This is the biggest Oh-My-God beach in the Southern Hemisphere.  The walkway is full of skaters and cyclists, the barracas (beach huts) a full of muscular bodies, while entertainment is provided by hunks playing volleyball or the local variety foot-volley.

The northern part below the street Farme de Amoedo is the gay section that never fails to leave mouths agape, eyes feasting and hearts throbbing.  This is where the Brazilian muscle Mary’s (called ‘barbies’ in Portuguese) come to be seen and be admired.  Some will even let you touch their biceps if you gawp and smile sweetly enough – ­ and that’s just the straight men.

Add to this, the fact that the bars, cafés and shops are trendier and more varied than Copacabana, the nightlife is superb or that the crowd by far the hippest and most stylish in South America, and frankly, there is no reason for you to leave this enchanted place.

Indeed, many a gay tourist never does.

Ipanema is a suburb of Rio, so any bus saying "Ipanema" will get you there, as well as any taxi from the airport or any other place in Rio. If on a bus coming from the north, get off as soon as the you've left Copacabana. If on a taxi, ask to be dropped off by Best Western Sol Ipanema where the gay beach starts. The closest metro station is General Osório. Last updated: 03-27-2014