« Back to Key West 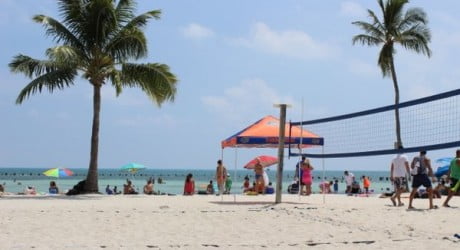 The moving AIDS memorial on Higgs beach tells you a lot about its history: although rocky with shallow waters, it has been catering to gay men since the 1970s. Indeed, the pier at the end is not called “the rainbow pier” or, less respectfully, “the dick dock” for no reason. Walk to the end for some magnificent panoramic views and sunsets.

When you visit the beach take some time to cast your eye not only at the AIDS memorial, but also at the graves of the African slaves by the boardwalk. They were buried there after a slave ship was captured off the coast in 1860.

Find out more at Travel Gay.

The beach is at the southern end of White St. with Higgs Beach Dog Park on the West side. Last updated: 10-20-2021